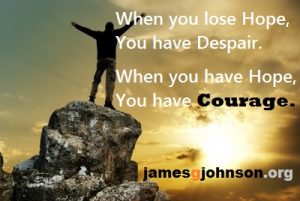 Crystal had come to the end of her ropes. She was crying frequently and expressed little hope that she could overcome her depression. She had become extremely disillusioned because her fairy tale marriage of sixteen years hadn’t turned out happily ever after. Rod wasn’t abusive or unloving, but he also wasn’t the nurturing, attentive husband she fell in love with.

It was four years after Crystal received a promotion at work and they bought a house. Both of the new changes required extra work and longer hours at the office for Crystal. She assumed Rod would understand and step up to help carry the load with household chores, after all, they discussed the extra responsibilities it would require before signing the papers. She quickly became disappointed and frustrated by his selfishness and insensitivity. He wasn’t able to understand but focused on the things that were important to him.

One night, going to bed exhausted and alone, while Rod stayed up watching his sci-fi movie, Crystal cried her tears in the pillow, talking to God, “I hate my life.” “Ever since I was a girl, I struggled competing for love, trying to prove myself worthy. I’ve learned not to expect anything God because I will only set myself up for disappointment and pain.”

As a child, a teenager, a young mother, Crystal had experienced terror. Her emotions ran the roller coaster of hate, fear, confusion, anxiety. The abusive trauma became so emotionally overwhelming that she learned the secret of disassociating and for her defense, she would zone out; get small and run. To survive on earth in the world of cruelty and hypocrites, she learned to wear a mask. Crystal couldn’t ‘fake it’ forever so instead she became increasingly reclusive, and took no chances, becoming paralyzed, losing hope, feeling despair, and suicidal.

Being raised in a Catholic home where Crystal attended church weekly, she learned to fear God instead of understanding His love. If she was in trouble, her mother would say, “Pray harder, work harder because you did something wrong to deserve the punishment.”

Have you ever been depressed? If you’re human, of course you have. Have you ever been in despair and lost hope? We’ve all fallen short, doubted our faith and wondered in darkness. Maybe not as deep as Crystal, but we can relate to her losing hope in some form.

In times of despair, a great source of strength is our friends and family staying near us, giving us those gentle touches and looks that communicate their sorrow and care. When we face troubled times, we should never forget that God remains close by, ready to supply us with his love and comfort. This can give me the courage to go on. It takes courage to live on earth and pursue the treasure of eternity with My Father in heaven. Courage comes from faith in God. Our relationship to Him is forever. I know this in my heart, but honestly, sometimes I just want my husband’s strong arms to hold me close with a warm sincere heart, saying nothing, just comforting me like Jesus would. Let me know you’re on my side, protecting me in the darkness.

Fear of the unknown is like fear of the darkness, I am afraid because I can’t see what is ahead. God does throw light on my distant future. Psalm 27: 1 “The Lord is my light and my salvation; Whom shall I fear? The Lord is the defense of my life; Whom shall I dread?” God’s face is not always visible to me when I’m in the dark path, but I’m still in His care and He is guiding my final destination with a light onto my path.

God promises help in time of need. This should give me boldness to face the hard times. In 1 Corinthian 16:13 we’re told, “Be on your guard; stand firm in the faith; be courageous; be strong.” Rely on God, our despair will turn to hope, and our hope will be courageous.

Want to join the discussion?
Feel free to contribute!

Encouragement Makes A Difference in Marriage

My Hiding Place
Scroll to top